Fouhad is executive director of the Earthquakes and Megacities Initiative, a private scientific consulting group that focuses on urban disaster risk reduction in megacities and fast-growing urban areas.

With more than half the world’s population living in urban areas, it’s often said that we live in the era of the megacity. But we could also say that today’s rapid urbanization is a tale of two cities. The first is a story of shining high-rises, symbols of power, commerce and wealth. The second, a tale of sprawling shanty towns, erected haphazardly by desperate people in unsafe areas — prone to flooding, landslides and infectious disease.

These two very different cities often exist side by side. Yet they are growing farther and farther apart as the gaps between the urban rich and urban poor continue to widen. Those in between — the middle class — are being squeezed as wages stagnate and costs rise while those at the bottom are increasingly disenfranchised.

One way to break this cycle is by fostering something we call ‘urban resilience’ — people’s basic ability to weather unforeseen shocks so that hard-won gains in income, health, shelter or education are not erased when disaster strikes. This makes eminent sense. But if we are really serious about urban resilience, we can’t just address specific risks and vulnerabilities with projects and programmes. We must also address the core drivers that trap people in urban poverty.

It’s true that for many people at the bottom, life is improving. In recent years, poverty has been reduced and many more have access to education, clean water and healthcare. In the meantime, humanitarian and development organizations are becoming more proactive, working to reduce risks and vulnerabilities before disasters or pandemics strike. They are also more sophisticated about encouraging locally owned, sustainable models of risk reduction and development. Inner city neighbourhoods and so-called slums or shantytowns — whose own vibrancy and capacity for innovation is often overlooked — are themselves developing pioneering solutions sometimes with outside support, sometimes not.

The problem is that while these proposed solutions may indeed build resilience, they do not address, let alone reverse, the over-arching trends that perpetuate income and wealth inequality at the bedrock of urban vulnerability. People are gaining a little more in wages now, but the cost of living — housing, healthcare, education, food and water — is increasing all the time.

Consider the typical, low-income urban family, which now spends more income than ever before on housing, with large portions also going to basic necessities such as healthcare, education and nutrition. Meanwhile, that most precious of urban resources — land — is harder and harder to come by. As land prices soar, pressure to build often trumps basic building safety provisions as well as protections for the natural resources that help safeguard cities during disasters.

So what do we do?

First, cities must work harder to provide safe and affordable housing. This requires long-term political will based on the premise that the investments will act as a ‘rising tide’ for all. Cities will save money over the long term through smart master planning, investment in earthquake-resistant buildings, and providing critical services such as clean water and sanitation that ultimately reduce healthcare spending.

We must update and improve laws governing how countries and cities prepare for, and respond to, crisis. In 2010, for example, the Philippines passed a national disaster management act that requires cities to set aside 5 per cent of revenue for disaster risk reduction. Such reforms are already making a big difference in many Philippine cities.

Cities must both update and enforce building regulations. While awareness about building codes is growing, enforcement lags in many cities where millions of people live in substandard houses and buildings.  Cities must also better balance the pressures of development with safeguarding natural resources that protect cities from predictable, natural crises.

Lastly, we must all work harder to ensure that the great destroyer of urban promise — urban conflict — is avoided at all costs. People living through urban warfare today show incredible resilience in the face of the most unimaginable hardship. Many humanitarians take heroic steps to support them. But unless there is a radical rethink about the way militaries interact with densely populated cities, we cannot fool ourselves into thinking urban warfare is compatible with urban resilience.

These are ambitious, even daunting, goals. But they are necessary and achievable. After major disasters, money flows. Societies mobilize and politicians make pledges. Today, we need that same urgency to prevent urban crises and build resilience. This will take leadership and courage. Fortunately, the growth of cities also comes with a silver lining. Long at the forefront of innovation, cities now command more power, resources and influence. The time has come to leverage that influence for a more resilient future for all urbanites, rich, poor and in-between. 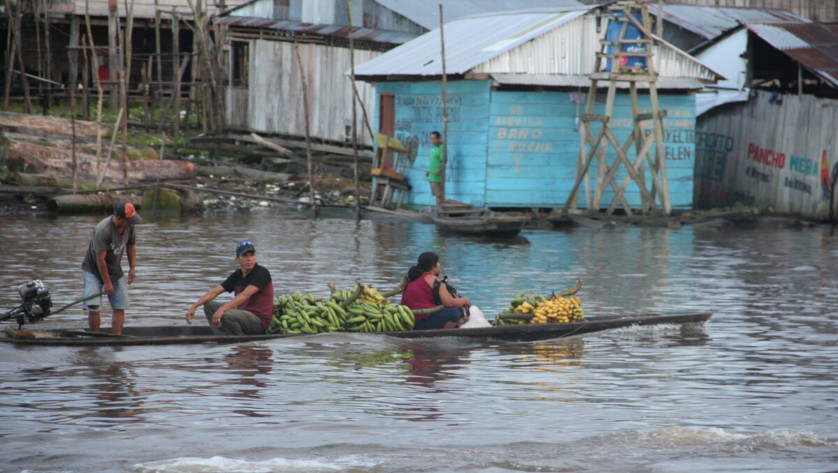 A window of time