No time for hopelessness

South Sudan is no longer stricken with ‘famine’ but that doesn’t mean the crisis is over.

In late June, the classification of ‘famine’ was lifted for parts of South Sudan — a testament to what can be achieved when resources and access allow an adequate response. But this achievement in no way obscures the humanitarian catastrophe that still envelops our country.

In South Sudan some 1.7 million people face ‘emergency levels of hunger’, according to the United Nations, and 6 million people are considered food insecure. Due to ongoing conflict and inter-tribal violence, some 2 million people are internally displaced and an equal number are living as refugees in neighbouring countries. These are the very people who, under normal circumstances, would be producing food and keeping local markets alive. Lack of clean water and adequate sanitation has led to cholera outbreaks in numerous areas while malaria has also made a comeback.

Yet even in these horrifying and chaotic environments, we cannot afford the luxury of hopelessness. We can and must do more to protect vulnerable people, save and improve lives and help build local resilience to future shocks.

Although part of the solution lies in greater resources, it’s not all about money or putting more humanitarians and aid packages on the ground. It’s about learning to work together as humanitarians much more effectively.

Here in South Sudan, 138 international organizations are providing services. These actors, including sister National Societies and other components of the International Red Cross and Red Crescent Movement, have too often worked in isolation, reporting back to their donors in their home nations on their own individual projects.

But this model is now being challenged. In South Sudan, the Movement has been working under a new paradigm that emphasizes collective achievement and fully coordinated action. Although many Movement partners are working in South Sudan, this year we have issued only one joint Movement fund-raising appeal and agreed on one Movement narrative to explain more clearly our collective response.

We have also set up a coordinating group to review closely all projects proposed in the country. Before any project is approved, this group ensures that it responds to the population’s most urgent needs, fills an important gap in our collective response and supports the work of local actors rather than undermining them by setting up parallel structures.

The downside to such collaboration is that it takes time — a very precious commodity during crisis. It does mean, however, that our collective response is far more effective and, as a result, more people are being saved. Speaking with one voice also makes our joint appeals for access and protection of civilians more powerful and lends more credibility to our arguments for greater long-term investment in sustainable, local resilience.

Communities across Africa need better access to clean water, health systems and markets. While many projects attempt to tackle some of these needs, they will have to be massively scaled up and better coordinated if we want to avoid a repeat of 2017 in five or ten years.

Even before conflict broke out in 2013, this fertile and resource-rich country was already largely dependent on imported food products. The lack of roads and the high cost of transport took away any incentive to produce large quantities of food and transport them to market. When conflict, civil strife and mass displacement came, this lack of basic development was as much a cause of famine as lack of rainfall.

While humanitarian organizations cannot address all these issues, we can be part of the solution and we can offer insights based on our experience. When the Movement gathers in early November, in Turkey, we will focus on new ways of working together and will discuss innovative methods to adapt to rapid and complex change.

New systems for collaboration during complex emergencies are a critical innovation that must continue to be at the top of our agenda. Even in the midst of crisis, we must continue to innovate, learn and improve. Our future depends on it. 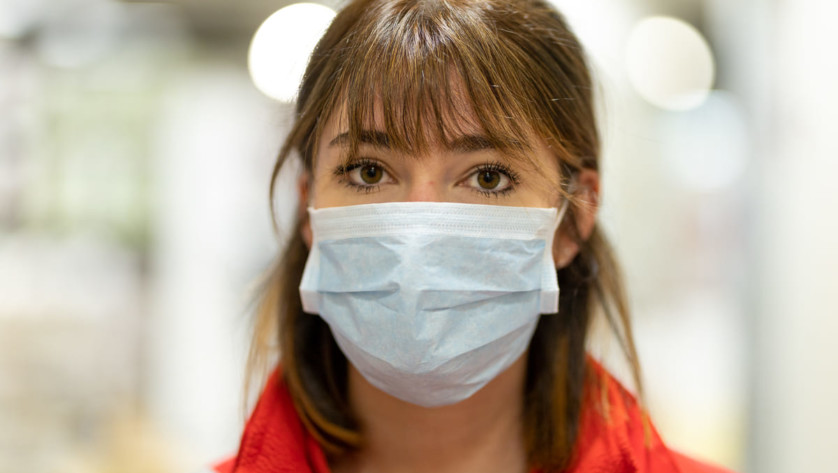 COVID-19 diaries: ‘What matters is we are there’

These are the stories of Red Cross and Red Crescent volunteers around the world responding to the COVID-19 emergency.