Laws aimed at limiting support for groups considered as ‘terrorist’ are having unintended consequences on humanitarian aid — in the very places it’s needed most.

In places where humanitarian activities are most desperately needed — often complex battle zones with multiple armed groups — humanitarian organizations must manage a dizzying array of roadblocks and even life-threatening challenges in order to get help to people caught up in conflict.

Increasingly, however, humanitarians are facing new restrictions. These barriers aren’t due to dynamics on the battleground.

While proponents of these measures argue that the restrictions reduce the human suffering caused by such groups, they are putting aid organizations in a difficult bind. Already facing multiple dangers on the ground, relief workers and organizations are increasingly worried about criminal prosecution if even a small amount of aid they are distributing ends up in the hands of a group deemed as terrorist. “Humanitarian organizations take considerable risks, and people are showing great courage, in working in some of these places,” says Jacob Kurtzer, deputy director of the Humanitarian Agenda Program at the Center for Strategic and International Studies, in Washington DC. “Increasingly, humanitarian organizations are not only taking on physical risks but also significant legal risks.”

Kurtzer’s recent report, Denial, Delay, Diversion: Tackling Access Challenges in an Evolving Humanitarian Landscape, outlines a wide range of ways in which aid is being blocked at the very time that humanitarian needs are soaring. Counter-terrorism laws and measures, he says, are part of that mix: slowing down aid, raising costs, blocking supplies and, in some cases, forcing aid groups to stop operations or even defend their workers from prosecution.

Such laws are not new. Most originated in the years following the attacks on the World Trade Center in the United States in 2001 as a part of a broader strategy aimed at cutting off financing for terrorist networks. But as counter-terrorism laws and policies were adopted by more countries — among them, some of the top humanitarian donor countries — aid groups have seen a wider range of impacts.

On the one hand, states are funding our work and, on the other hand, they are often inadvertently criminalizing the exact activity that they asked us to carry out under the Geneva Conventions.

The greatest challenges are in places such as Gaza, Iraq, Mali, Nigeria, Syria and Yemen, where groups considered as extremist or terrorist are operating. “The problem is that the places where the laws hinder humanitarian aid are exactly the places where our activities are most needed by the population,” says ICRC legal adviser Tristan Ferraro, who specializes in the impact of counter-terrorism measures on humanitarian activities.

On top of that, in many of these places, it’s nearly impossible to guarantee an absolutely airtight aid delivery, says Gareth Price-Jones, executive secretary of the Steering Committee for Humanitarian Response (SCHR), a forum for aid policy discussions that includes nine member organizations, including the IFRC and ICRC.

Even as international aid organizations have greatly improved their assessment and accountability systems in recent years, no system is foolproof, he says. “In places such as Syria, for example, where there are multiple armed groups considered by several governments as terrorist, it’s extremely difficult to guarantee that absolutely no aid could be diverted in some way,” Price-Jones says.

“Some organizations therefore are no longer operating in certain areas or they are refusing to accept money from certain donor states,” says Price- Jones, who also serves as Senior Humanitarian Policy and Advocacy Coordinator at CARE International.

That said, most experts do not dispute that intentional aid diversion by questionable charities is a real problem. But if something isn’t done to balance humanitarian concerns versus security issues, aid groups will have to restrict their work to legally ‘safe’ areas — thereby jeopardizing the impartiality of their work, the notion that aid is delivered based solely on need. That, in turn, could erode the trust people in conflict areas have in aid organizations — which for aid workers in battle zones can be a life-and-death issue.

Another key area of concern is the insertion of counter-terrorism clauses in aid funding agreements that place tight conditions how the funds can be used. Often, they also impose heavy reporting requirements.

Meanwhile, aid groups say banks often refuse to process money transfers to countries where extremist groups operate (or which are under sanctions) for fear the transactions could breach the growing number of legal restrictions.

One potential response is something called a ‘standing humanitarian exemptions’ in which aid groups that follow principles of neutrality, independence and impartiality and act in a manner consistent with the Geneva Conventions can operate largely outside the counter-terror framework. A new European Union directive on combating terrorism, for example, includes a humanitarian exemption of this nature.

In the case of funding restrictions in grant agreements, organizations generally negotiate caveats on a case-by-case basis. As an established organization with an international reach, Ferraro says the ICRC has generally been successful in negotiating terms that don’t violate the organization’s principles.

For smaller non-governmental organizations with less negotiating power, less developed reporting mechanisms and smaller legal teams, it’s a much bigger challenge. Those smaller organizations are a critical part of the aid ecosystem, offering a wide range of specific and highly important community services. Large aid groups, therefore, must also make a strong case for all legitimate aid groups that qualify.

A big part of the task ahead involves making political actors more aware of the on-the-ground challenges involved in humanitarian work, of the negative impact of counter terrorism measures, as well as the other legal and moral obligations states have in facilitating humanitarian relief.

Increasingly, humanitarian organizations are not only taking on physical risks but also significant legal risks.

Under the Geneva Conventions, belligerents are obliged to ensure the basic life and dignity of civilian populations under their control. Where they are unable to do so, they must allow and facilitate the delivery of impartial humanitarian aid. The counter-terrorism frameworks, however, have largely been developed through a ‘security prism’ with insufficient consideration of humanitarian or even other national security and foreign policy considerations.

“So there is a paradoxical approach where, on the one hand, states are funding our work and, on the other hand, they are — often inadvertently — criminalizing the exact activity that they asked us to carry out under the Geneva Conventions,” notes Ferraro.

The task ahead, says Kurtzer, is to raise awareness about the unintended consequences of these laws, given the complexity of today’s armed conflicts. “Instead of prioritizing their intellectual energy on developing the best response to the most urgent needs in highly complex settings, humanitarian organizations must spend a lot of intellectual energy on determining if and how the organization is in compliance with the regulations,” says Kurtzer. “I don’t believe that is what the donors want.” 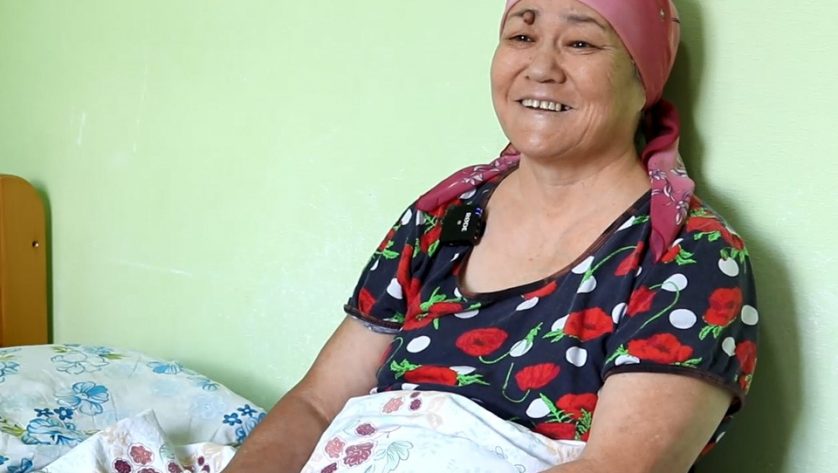 In a small peach-coloured house located in Bishkek, Kyrgyzstan, the Centre for Medico-Social Assistance provides patients with serious illnesses palliative care and the best possible chance to enjoy life. 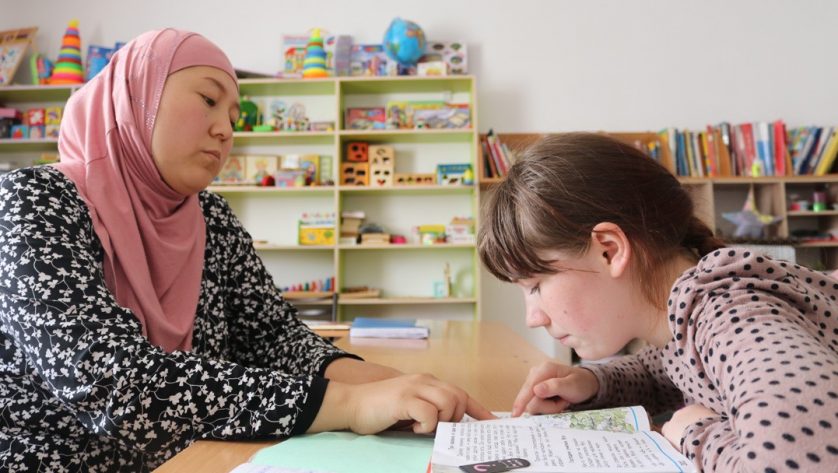 ‘I want them to live a full life’

How a man with a vision and a group of like-minded parents work together to give children with disabilities their best shot at a full, happy life 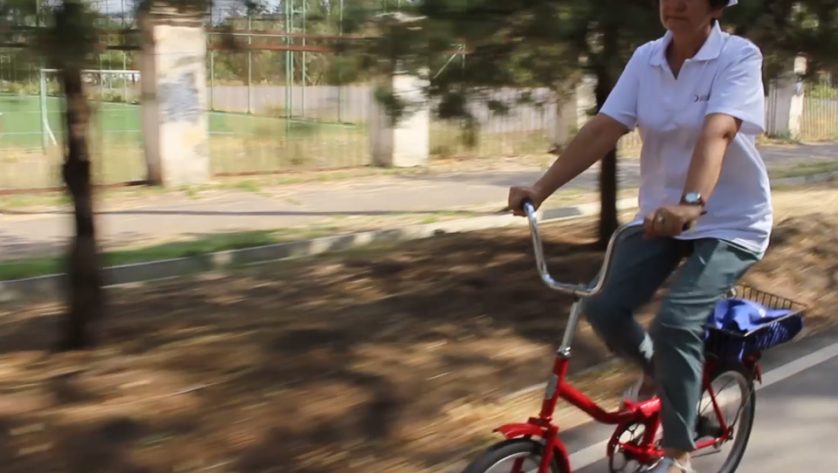 A woman, her bike and a life-saving mission

Previous
Handcuffing the helpers | Part 1
Next
Trust in action 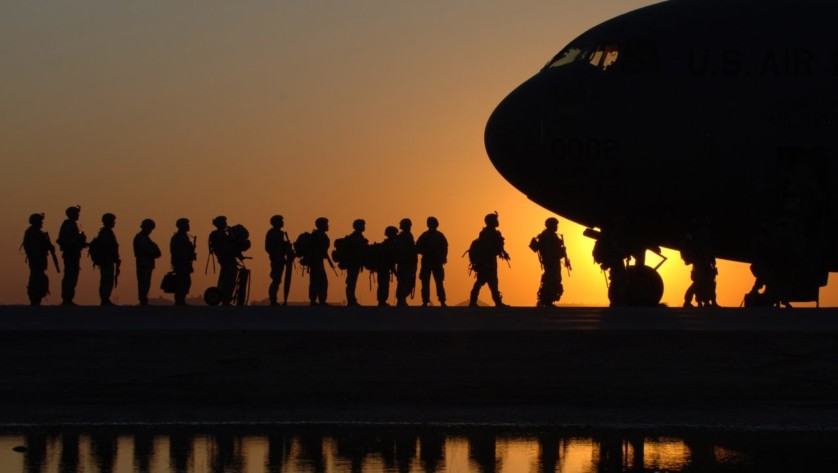 Climate change is not a primary cause of armed conflict, most experts say. But that doesn’t mean it won’t be in the future, as the planet continues to heat up.