Why a solid legal foundation is the first building block for effective and principled humanitarian action.

FOR MANY HUMANITARIANS, the laws and statutes that define and govern the organizations they work for are not the first things on their minds — they signed up as volunteers or staff to help people in need, not to occupy themselves with legal texts.

Without a solid legal foundation, however, effective and impartial humanitarian action would be extremely difficult for any organization to maintain. In the case of Red Cross and Red Crescent National Societies, strong well-crafted constitutions, bylaws and statutes are essential to ensuring that they can function autonomously, abide by the Fundamental Principles and can serve as effective auxiliaries to their governments.

These are a few of the reasons the Move­ment is now engaged in a comprehensive effort to encourage and help National Societies update, revise and improve the statutes and laws that govern them and define their roles. These are not just important during disaster or conflict. Strong, clear laws and statutes play an important and positive role in maintaining public credibility and ensuring the trust of donors and members at all times.

Consider the case of the Swedish Red Cross, which has in many ways become a stronger, more cohesive National Society after engaging in a comprehensive revision of its statutes following a scandal in 2009.

It began when people at the Stockholm headquarters of the Swedish Red Cross became suspicious of invoices submitted to their communications department. Looking further, they learned that services described in invoices from two media and communication companies had never been performed or had been inflated.

After the Red Cross handed over their findings to prosecutors, the communications director and later two company directors were found to be responsible and convicted of aggravated fraud.

Due to the incident, the reputations of the Swedish Red Cross and the Movement within Sweden were badly damaged and the National Society lost a third of its members in three years. Everything was questioned: leadership salaries, the effectiveness of services, why the National Society didn’t notice the fraud and act earlier. When a new president, Eva von Oelreich, came into office with the motto of “Living our principles”, the incident was a top agenda item.

“I said ‘yes’ to becoming the president because of the crisis,” says von Oelreich, who introduced the motto as a theme for reimagining the National Society.

“When you lose the confidence of the general public, it’s an excellent moment for real change because crisis can pull you in the right direction,” she continues. “We needed to regain the public’s trust. We needed to reclaim the soul of the Red Cross.”

Back to the roots

It was a time of serious institutional soul-searching. In addition to making systemic, organizational changes, the National Society decided to look not just at the procedures that might have enabled the fraud, but to its core, its foundation: the set of statutes, laws, rules and principles that are encoded in its internal constitution and in national legislation.

With advice from the ICRC and IFRC Commission for National Society Statutes, or Joint Statutes Commission, a body of IFRC and ICRC advisers charged with helping National Societies improve their legal codes, the Swedish Red Cross was able to strengthen reforms that also helped rebuild public confidence, win back volunteers and foster greater internal cohesion around the defining principles of the Movement.

“We used this crisis in the best way we could,” says Dick Clomén, the Swedish Red Cross’s head of policy and the strategic advisor to the secretary general. “We got back to the roots, to the Geneva Conventions, the Fundamental Principles, the mission statement of the Movement; we used these as the basis on which to rebuild.”

In updating its emblem law, which had last been revised in 1953, the Swedish Red Cross was also able to clarify and strengthen its auxiliary role, mainly through the preparatory documents that describe the National Society’s commitment to abide by the Fundamental Principles.

This recognition has been critical as the National Society engages in ongoing national discussions concerning civil society involvement in the response to disaster and other crisis and in defining its role with government ministries dealing with issues such as asylum seekers, rehabilitation of war victims and migrants.

One important part of the effort was engaging in IFRC’s Organizational Capacity Assessment and Certification process, a self-analysis tool that helps National Societies clearly assess and address their strengths and weaknesses, as well as adapt to the challenges around them.

“Sweden is not a disaster-prone country and we have not had a conflict in 200 years,” notes von Oelreich. “But patterns of disasters and social unrest are changing and the effects of those issues cross borders more easily. So what is the role of the National Society in terms of new humanitarian issues within the country today? These are things that are very important for us to discuss.”

Because of changes in the nature of conflict and emerging issues such as migration, there has been a push within the Red Cross and Red Crescent Movement since 2009 to get ahead of the curve and encourage National Societies to update the laws that form the foundation of their existence and action.

“We are in a world that is being transformed at the local and at the global levels,” says René Kosirnik, the chairman of the Joint Statutes Commission. “National Societies are facing new challenges. The laws and internal statutes that define, enable and constrain the National Society should therefore reflect these new realities,” he says.

In many cases, the laws that define Red Cross and Red Crescent Societies, however, are more than five decades old and many were formed when their country’s political structures were completely different from today.

According to a commission report presented at the Movement’s 2013 Council of Delegates, just over 25 per cent of all National Societies have adopted statutes that are fully congruent with the minimum requirements defined in the guidance document and in the commission’s advisory notes.

A strong legal base, for example, can help protect National Societies from being used by authorities as instruments of political, economic or social policy rather than being able to act only on humanitarian grounds. This is particularly true in cases where a polarized political environment leads to challenges to its independence and neutrality (see sidebar article on South Sudan Red Cross, page 27).

“The principles of independence, impartiality and neutrality have become even more acute,” notes Kosirnik. “The need to have these principles implemented, lived by the National Society, known and understood by partners and the population is essential.”

“Many National Societies might have been torn apart as a result of the conflict. But this has not happened here. The members, the staff, the volunteers are united in providing services in the opposition areas or areas controlled by the government.”

By Author Name (italic)
Short biography of the author. Could also include related links, other content they have written.

A foundation for action

How national laws and the internal statutes of the South Sudan Red Cross help it maintain independence, impartiality and internal cohesion in a diverse country torn by conflict.

In the midst of a devastating civil conflict, the South Sudan Red Cross must bring impartial humanitarian assistance to a diverse range of people caught between warring factions. Amid violence and chaos, what difference could a law make?

This doesn’t mean that things always go smoothly for volunteers working in areas of extreme violence and tension. But it gives a strong basis for making a case when government or armed groups try to interfere with aid operations.

Lobor tells of one case in which volunteers were attacked by some residents of a camp near the country’s capital, Juba. “The people who stopped the volunteers accused them of working for the government because the Red Cross law was signed by the president. But we could go to them and explain, ‘No, it’s not just the president who signed that law, it was all members of the parliament, who represent all sectors of the country, all the ethnic groups.” Just as importantly, he says, the National Society’s internal statutes also help ensure that volunteers will be accepted in all the communities affected by the fighting. This is because the principles of unity and universality are imbedded directly in the National Society’s constitution.

“Many National Societies might have been torn apart as a result of conflict. But this has not happened here. The members, staff and volunteers are united in providing services in opposition areas or areas controlled by the government,” says Lobor.

How to remain independent, yet be fully engaged as an auxiliary to government is perhaps the trickiest and most common legal and ethical challenge that National Societies face, says Kosirnik.

“The new law played an important role for our National Society’s evolution,” says Bolorma Nordov, secretary general of the Mongolian Red Cross Society. “But it also defined the Red Cross as an NGO. Now we need to change that definition because the Mongolian Red Cross is a national humanitarian organization and we should have an auxiliary role to the government.”

A stronger auxiliary role would enhance the National Society’s ability to work in partnership with government — even receive government funding. In a country with limited resources, where the Mongolian Red Cross relies heavily on international funding to carry out core projects, government support would create a more balanced resource base, potentially enhancing the National Society’s independence from external donors.

Other challenges arise if National Societies do not have clear and up-to-date internal statutes that dictate how they are governed, for example the distinction between governance and administration, which could lead to concentration of power in a certain body of the Society or with a certain person, says Kosirnik.

While model laws of recognition have been promoted in the past, a more flexible approach is now encouraged taking into consideration the humanitarian context in the country. The Joint Statutes Commission itself is moving away from promoting uniform ‘model’ laws and universal prescriptions. Instead it’s revising its key guidance document and heading towards a more flexible strategy in which it will take varied approaches in supporting independence, or internal power sharing, based on what can be realistically implemented within the cultures and political reality of each country.

“There will still be certain things on which we cannot bend, particularly having to do with the Fundamental Principles,” says Kosirnik. “But there are aspects of our guidance that could be adapted or be enacted in such a way as to reflect the realities, changes and challenges with which we are all living.”

“We got back to the roots, to the Geneva Conventions, the Fundamental Principles, the mission statement of the Movement; we used these as the basis on which to rebuild.”

Dick Clomén, the Swedish Red Cross’s head of policy and the strategic adviser to the secretary general.
Like (391)
Applause (383) 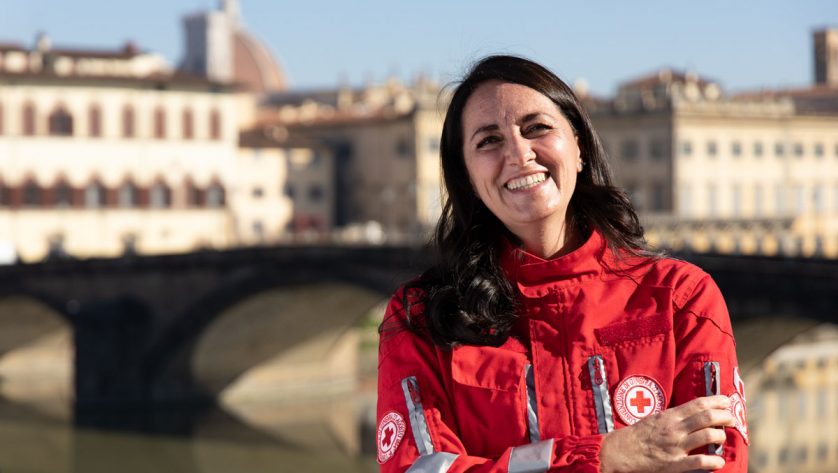 ‘A group of strangers moved by the same feeling’

Just like Angela, hundreds of thousands of volunteers around the world have joined Red Cross and Red Crescent National Societies during the Covid-19 response.