Forced to return to Somalia due to the escalating conflict in Yemen, Zeynab and her children get help from the Somali Red Crescent Society. Photo: Mohamud Miraj/ICRC

The Gulf of Aden has long been one of the world’s deadliest places for migrants. Now the conflict in Yemen has reversed traditional migration patterns and created new humanitarian challenges.

Amina and her family decided to flee from Shumaili in Yemen after surviving a harrowing 15 days of shelling earlier this year. “We were used to gunfire sounds,” she says, “but it later changed to aerial bombardments coming down like rain. I had nowhere to run, no underground shelter to hide in. We had to flee Yemen for our safety.”

Amina is one of thousands of Yemeni people who fled the fighting in Yemen by taking the risky, 260-kilometre journey across the Gulf of Aden to find refuge in Somalia, a country that has itself endured a succession of internal conflicts for two decades and suffers from devastating cyclical drought.

It’s an ironic and tragic turn of events. For years, Yemen has been a destination for many Somalis who aspired to leave conflict and poverty behind by applying for refugee status in Yemen or carrying on towards Saudi Arabia.

“The gunfire and explosions had become intense. The fighting was at our doorstep. We had no choice but to flee for safety.”

Zeynab, who had fled to Yemen from Somalia to escape conflict and poverty, only to be forced back when war erupted in Yemen in 2014.

Before conflict broke out in Yemen, thousands of migrants — like these men from Ethiopia — walked this desolate highway in Djibouti towards the port city of Obock to find boats to Yemen. Photo: Reuters/Goran Tomasevic

As the Yemen conflict worsened throughout the year, many of those Somalis have returned home, often on the same boats as Yemeni asylum seekers.

One of those Somali returnees is Zeynab, who arrived in Bosaso, Somalia with her three children. “I remember preparing breakfast for my children, but it was not meant to be,” she says. “The gunfire and explosions had become intense. The fighting was at our doorstep. We had no choice but to flee for safety.”

The returnees and asylum seekers have been arriving in ships at the two main Somali ports of Berbera in Somaliland and Bosaso in Puntland. The ships arrive day and night, sometimes with up to 1,000 people on board.

In both locations, the ICRC provided a small amount of food and other essential items and Somali Red Crescent Society volunteers were on call, 24 hours a day, to offer basic first aid. Free phone calls were provided to all new arrivals to contact relatives back in Yemen, Somalia or elsewhere.

Zeynab, for example, lost contact with her husband amid the chaos. Upon arriving at Bosaso, Somali Red Crescent volunteers helped the two re-establish contact. “I was so worried,” says Zeynab, who had received no news from her husband for more than a month. “I heard his voice on the phone and was relieved he is alive.”

A similar dynamic is unfolding in Djibouti, which neighbours Somalia to the north and has received both Yemeni refugees and Ethiopian migrants, many of whom had been living in Yemen for years.

At the ports of Djibouti and Obock, the main entry points, the Red Crescent Society of Djibouti has also been offering free phone calls to people who want to call their families and say, “I am safe and well in Djibouti.” Unfortunately, the dynamics on the ground in Yemen at present do not allow volunteers or ICRC staff to send Red Cross messages on paper to people living in Yemen.

“In Somalia, the ICRC team not only monitored RFL [Restoring Family Links] services but wanted to see if those arriving from Yemen had other needs that the ICRC could address or forward to the relevant agencies,” says Ahmed Zaroug, the protection coordinator overseeing the RFL programme in Somalia.

“If you have unaccompanied children, they would have specific needs,” he notes. “They arrive traumatized from the dire incidents they have seen, while others are sick and some are wounded.”

By Rita Nyaga and Miraj Mohamud

Rita Nyaga is an assistant in the ICRC Somalia delegation’s economic security unit based in Nairobi.

Mohamud is a communication assistant for ICRC’s Somalia Delegation and a contributor to the ICRC Somalia Blog. (blogs.icrc.org/somalia)

After being cast adrift in the Andaman Sea by human traffickers and floating aimlessly for three months with little food, water or shelter, 561 migrants from Bangladesh and Myanmar landed on a beach in Aceh, Indonesia in May. Rescued by local fishermen, many barely had the strength to make it to shore.

“Most of them, including the children, were in very bad shape,” says Ahmad Yani, who works at the North Aceh branch of the Indonesian Red Cross Society, locally known as Palang Merah Indonesia (PMI). “Their health problems ranged from dehydration to psychological trauma.”

After helping to move the migrants to a safer place not far from the beach, PMI helped establish a health centre in collaboration with a local association of doctors to provide first aid and health services. PMI volunteers also operated a field kitchen, serving meals to all, three times a day.

Within a week, more than 1,800 migrants had arrived at different points along the coast of eastern Sumatra and local government established six shelters in response. PMI also distributed clothes, blankets and baby kits, gave health and hygiene promotion sessions and offered Restoring Family Links services so migrants could send messages to family in their countries of origin.

A man carries a sick woman from a ship arriving at the port of Bosaso in Somalia’s Puntland region, in June 2015. The boat was carrying hundreds of families fleeing violence in Yemen. Photo: REUTERS/Abdiqani Hassan

The landings in eastern Sumatra are just one example of the dangerous migratory routes people are taking around the world. In South-East Asia, many people fleeing conflict, oppression, poverty or the aftermath of natural disaster take boats towards Australia and Indonesia. Boats carrying hundreds of migrants are landing or are frequently intercepted at sea in the waters around Indonesia, Malaysia, Myanmar and Thailand. The overland routes are also perilous. In May of this year, Malaysian authorities uncovered several mass graves among campsites believed to have been used by people trafficking migrants from Myanmar.

One of the most dangerous maritime border crossings is the Gulf of Aden, a long-time migratory crossing for people leaving the Horn of Africa. Now, it’s the scene of reverse migration with people fleeing Yemen. Though they receive far less global media attention, sea disasters in the Gulf of Aden are frequent —in February 2015, for example, roughly 35 people went missing while making the crossing in a small fishing vessel. According to the International Organization for Migration, the East African crossing is the second most deadly border crossing area for migrants after the Mediterranean.

Previous
Dying for a better life
Next
So close, yet so far 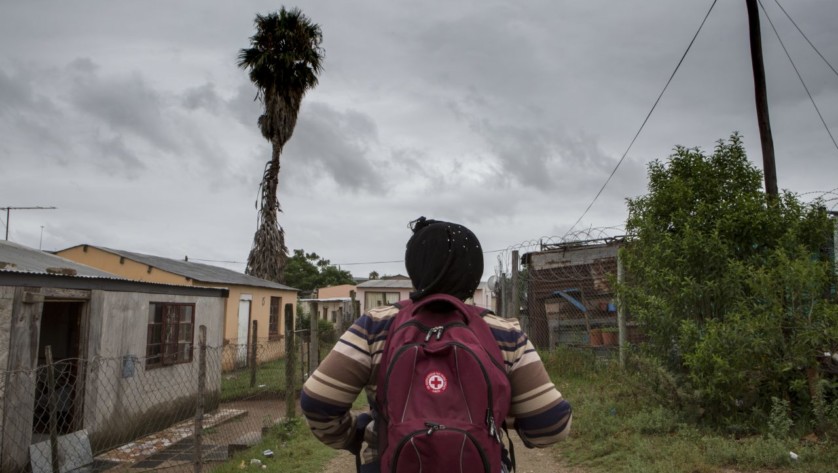