This photo offers a good example of why the Lebanon Red Cross’s volunteer-based emergency medical services enjoy a good reputation. But the National Society is also looking for ways to improve in not-so-visible ways that could enhance the long-term sustainability of its operations, beyond the cycles of scaling up for major emergencies. Photo: Lebanese Red Cross

A stronger base for local action

Beyond projects and emergency response, how can international humanitarian organizations support sustainable humanitarian engagement at the local level?

For more than 80 years, the Ethiopian Red Cross Society has been delivering critical services to people displaced by conflict or have suffered from recurring natural disasters such as floods, droughts and even famine.

But like many National Societies reliant largely on external emergency funding, and operating almost continually in crisis mode, the Ethiopian Red Cross Society has not been able to address some of the systemic issues that have kept the organization from truly charting its own course, according to Secretary General Frehiwot Worku.

Employee turnover, lack of adequate visibility for National Society operations, difficulty with reporting on those operations in a timely manner and a need to diversify funding sources have been some of the key challenges, she says. Before Worku took up her current post, the National Society had already concluded that it needed to act on many of these issues and that the National Society needed to examine its overall strategic direction and its positioning vis-à-vis government, donors and partners.

“We do a lot of things, but often based on projects and programmes, not on strategic plans, and not in a sustainable manner,” she says. “Partners come and have funds and project ideas, and we often take on these projects. Or we have project ideas, and partners come. But it’s always a project.”

National Societies such as the Ethiopian Red Cross, Worku says, must be careful not to let external funding, sometimes crucial in responding to urgent needs, prevent it from developing its own independent, autonomous strategies and priorities.

This is not just an issue for Red Cross and Red Crescent National Societies, but for humanitarian relief efforts around the world. Just as aid agencies must try not to deliver assistance in a way that creates dependencies among beneficiaries, they must consider the unintended side-effects of their actions on in-country partners and other locally based humanitarian actors.

The issue takes on increasing importance in an era when international relief groups rely more heavily on local organizations to deliver aid — either because they are more accepted in local communities or because it’s simply too dangerous for international workers to be present in some areas. At the same time, the number of regional, national and local relief groups working in the field has increased greatly.

Still, many international aid agencies, some experts say, treat local actors as organizations to be used simply as implementers, not partners. In other cases, international relief agencies bypass or ignore local actors and set up parallel, temporary assistance systems.

“Approaches which assume that local and national capacity requires substitution have become the default response mode for the international response system,” note Sophia Swithern and Lydia Poole, in a chapter of the IFRC’s World Disasters Report 2015. “The overwhelming majority of international humanitarian financing follows this pattern and continues to flow via international actors.”

“Calls for a change in the status quo however have emerged from many sectors, not least from local and national actors themselves, and the need to modify the international modus operandi to reflect realities in which national actors play a critical role has become increasingly apparent,” they say.

Regional consultations for the United Nation’s World Humanitarian Summit (a global meeting planned for May 2016 focusing on improving humanitarian response) have given a global platform for local and national civil society actors to express concerns about their marginalization within international humanitarian decision-making, policy-setting and resource allocation, the authors continue. “Participants have called for the role of national and local NGOs [non-governmental organizations] to be better appreciated and financially supported — and ‘not just as vehicles enabling international response’,” they write.

Still, the realities and dynamics of emergency funding  within the larger network of National Societies mean that sometimes host Societies working in areas of natural disaster or conflict become merely ‘implementing partners’ for more well-resourced National Societies, the IFRC, the ICRC or others that have the funds to make projects happen.

From the bottom up

This assessment initiative, known as the Organizational Capacity Assessment and Certification (OCAC), was launched by the IFRC in 2011 as a tool designed to measure, analyse and ultimately help National Societies improve their performance and competencies from the bottom up. In short, staff and volunteers at all levels and departments of the organization participate in three-day workshops in which they come to consensus on where the National Society stands on a set of 85 specific organizational attributes, from volunteer development to fundraising and risk management.

“This is not a navel-gazing exercise,” says Roger Bracke, head of the IFRC’s Organizational Development Department. “This is about facing the hard reality in terms of what National Societies are doing well, or not doing well, so that in either case, we can improve our actions on behalf of people who are suffering.

“Just as importantly, the findings that come from this process are not being delivered by outside auditors or consultants,” he adds. “They come from the people who work for the National Society every day. The gaps and strengths uncovered in each National Society, therefore, are well understood and then become an opportunity for targeted efforts to address these weaknesses and build on their strengths.”

The Ethiopian Red Cross conducted an OCAC review in 2013 and the insights gained helped the National Society design its Change Plan of Action, a process already under way aimed at reshaping its relations with government and donors, evaluating new programmes and projects, and formulating a more robust and diverse resource mobilization strategy.

For numerous National Societies, the OCAC process has already led to concrete changes in organization structure and management practices with direct consequences at the community level.

“Instead of running programmes and projects from national office, we’ve started strengthening our branches and conducting more training of branch volunteers so that they are empowered to do more of the work themselves,” says Filipe Nainoca, director general of the Fiji Red Cross Society.

“For the first time branches were able to run their own programme, a dengue outbreak response,” Nainoca says, adding that 200 volunteers in 14 branches were trained and ultimately reached 86,000 people.

“Before OCAC, the dengue programme would have been run mainly from national office and only in the branches when national office staff were present,” he says, adding that the National Society is focusing on other low-cost activities conceived and developed by branch volunteers. “Now the volunteers are more empowered to do the work in their communities.”

The Lebanese Red Cross is a case in point. Widely respected and accepted for its ambulance and first-aid services in Lebanon, a very diverse and often divided country, the National Society has served all quarters of its population through numerous crises over the last 50 years.

“The Lebanese Red Cross does a lot and has a very good reputation in terms of the services we provide to the population, but our organizational capacities are not as strong as they should be because we haven’t invested in them enough,” says Nabih Jabr, assistant director at the Lebanese Red Cross, Emergency Medical Services Department.

When the National Society brought staff, leadership, governance people and volunteers together into one room for the three-day OCAC workshop in 2013, managers learned that they were losing skilled, dedicated people simply due to the way they managed volunteer ambulance crews.

“Being a volunteer emergency medical service worker is very demanding in terms of time — about 20 hours per week,” Jabr says “When people get married or progress in their careers, they no longer have this kind of time. And these are people that have become Red Cross through and through; they have been there for five or ten years. But when they cannot commit to the time anymore, we basically kick them out. So we started to think that perhaps we could offer them other opportunities that are less demanding and where their experiences can benefit other services that we offer.”

The OCAC process, along with support already being received from sister National Societies, also led to improvements in financial management and human resources that Jabr says will improve the long-term strength and sustainability of Lebanese Red Cross operations. Jabr says he’s very proud of what the National Society has achieved, even while operating in emergency mode during successive conflicts. “But imagine how much better we could be,” he adds, “if we continued to improve our organizational capacities and how much that would benefit all these services.”

Previous
Fighting by the rules
Next
A planet of extremes 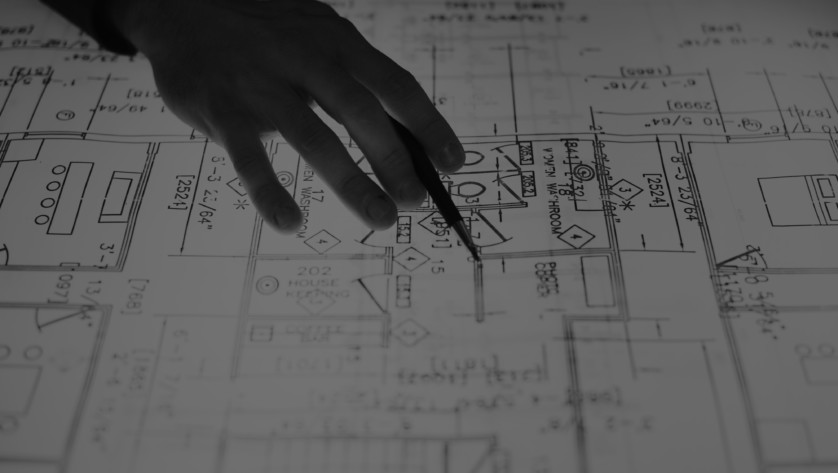 Given the climate predictions for many areas effected by long-term conflict, is it time to think differently about the way cities are rebuilt or assisted during warfare?