How do we avoid the next urban pandemic disaster?

Epidemics and cities have had an uneasy relationship for centuries. In 430 BCE, smallpox killed a fifth of Athens’ population and, in 1334, the plague wiped out a third of Florence’s 90,000 inhabitants in six months. In the mid-1800s, a cholera epidemic devastated London and helped shape some of the earliest urban public health strategies.

Leyla is a freelance writer based in Geneva, Switzerland.

“A hundred years ago, large urban outbreaks were resolved not by medication but by sanitation and garbage removal,” says Amanda McClelland, IFRC’s Senior Officer for Public Health Emergencies.

“Many of today’s new urban centres are sprawling slums with large populations and don’t have the infrastructure that stopped disease before. Are we moving back to the risks we faced in the 19th century?”

What crippled London then — poor sanitation, overcrowding, rapid population growth from migration — is frighteningly similar to what drives urban epidemics today. According to the United Nations, poor sanitation and unsafe drinking water cause some 80 per cent of diseases in developing countries. Yet worldwide, 2.5 billion people lack these crucial facilities. Many of those without services live in cities. Over half the world is already urbanized but by 2050, more than 70 per cent of the world’s population is expected to live in cities.

Most of the deadly disease outbreaks in recent years had urban dimensions that encouraged spread and complicated containment. Both the 2014–2015 Ebola outbreak in western Africa and yellow fever in Angola and the Democratic Republic of the Congo (DRC) in 2016 caused grave challenges in overcrowded urban environments.

From South-East Asia to Latin America, mosquito-borne diseases such as dengue, Zika and chikungunya thrive in densely populated cities with weak infrastructure and inadequate waste management. Meanwhile, cholera is making a comeback in many parts of the world, largely in crowded neighbourhoods with poor sanitation.

Urbanization also has benefits. Cities can use resources more efficiently and sustainably, providing schools, hospitals and jobs for millions in relatively small areas. In a crisis, help can come quickly. In industrialized countries, according to the medical journal The Lancet, the health of people in cities has improved. This so-called urban advantage is largely due to improved access to healthcare and infrastructure, such as sanitation and education. Cities also provide greater social cohesion and support, which is usually associated with better health.

In many developing countries, however, these opportunities come with a price. Migration to cities overloads urban services and systems. It is estimated that 1 billion people live in low-quality housing on land not suitable for building, with few services and little infrastructure to keep them safe from disaster or disease. Many are there illegally, surviving without electricity or water, hidden from the prying eyes — and potential benefits — of health and social services.

Amid these makeshift dwellings and squalid streets, tiny microbes find fertile ground in dirty water or solid waste or on mosquitoes, which show no respect for municipal boundaries. These microbes, which cause diseases such as Zika, Ebola, cholera and yellow fever, prosper where people live crammed together in insalubrious shanty towns.

As actors in these epidemics, urban environments play a dual role by helping transmission and then hampering the response to it.

Take Zika, relatively harmless in rural Africa until it hit the crowded streets of Brazil’s cities. The 80 per cent urbanization rate in the Americas made a major Zika outbreak increasingly likely. By the end of 2016, the Americas had reported more than 500,000 suspected cases.

The Aedes aegypti mosquito, responsible for both yellow fever and Zika, can breed almost anywhere. It loves garbage and pools of water, like those that collect in abandoned tyres, bottle caps and clogged gutters.

“Flight range studies suggest that most female Aedes aegypti may spend their lifetime in or around the houses where they emerge as adults,” according to the World Health Organization. “This means that people, rather than mosquitoes, rapidly move the virus within and between communities and places.” In the crowded cities of the Americas, Zika advanced quickly.

“Someone may be infected in one neighbourhood but they’ll move around to another one quickly, spreading the infection,” says Juan Carlos Alvarez, vector control consultant with the IFRC’s Zika operation in the Americas. “Zika was jumping from one neighbourhood to the next in just a few hours.”

The Zika response faced other challenges. In the countryside, people were receptive to hearing about Zika. In the city, there was message fatigue and engaging communities was more difficult. Often, there simply wasn’t the person power available to quickly reach all the households in densely packed neighbourhoods. Additionally, in the male-oriented society of the Americas, reaching women was difficult when the men were away working.

In an outbreak, knowing who and where illness strikes can save lives, so the breakdown of surveillance in parts of Port-au-Prince during Haiti’s 2010 cholera epidemic was a serious setback.

“A person with cholera was considered a ‘dirty person’ so people who became sick often tried to hide their symptoms,” says Angeline Brutus, IFRC Community Health Coordinator for Cuba, the Dominican Republic and Haiti. As a result, not all cases were reported, and while this stigmatization also existed in rural areas, in the city it prevented proper tracking of the rapidly spreading epidemic.

In Haiti, specialized hospitals were overwhelmed by a tenfold increase in new cholera cases, which quickly outpaced the number of volunteers and staff, especially in the slums of Port-au-Prince. The combination of stigma and insufficient resources worsened an already dangerous situation.

With accurate counts impossible, the Haiti Red Cross Society, along with the Ministry of Health and UNICEF, worked to empower communities to manage their own surveillance.

“We created a network — volunteers, of course, and health workers but also religious leaders, schoolteachers, midwives, anyone who could bring people together,” says Brutus. “They checked for cases of diarrhoea and provided first aid and initial care. In the end, the community monitored itself. The system became much more efficient and the number of cases decreased considerably.”

“Zika was jumping from one neighbourhood to the next in just a few hours.”

“In the end, the community monitored itself. The system became much more efficient and the number of cases decreased considerably.”

Armed with mobile phones and using everything from text messaging to door-to-door visits, local people were taught to alert the Red Cross or a health worker whenever they spotted a case of diarrhoea, setting off a chain reaction that would result in a timely intervention. While a crowded city made it easier to reach a greater number of people efficiently, it also made surveillance more difficult. Without this strong communication backbone, surveillance efforts would have faltered.

Nowhere was the need for good urban communication as evident as during the 2016 yellow fever outbreak in Angola. An old disease, yellow fever had disappeared in the Americas but lingered in rural Africa with occasional, modest outbreaks — until it appeared in the capital, Luanda, in whose shanty towns it flourished.

Still recovering from a lengthy civil war, Angola’s infrastructure was inadequate. Without proper plumbing, many people in slums stored their water in open containers, a favourite breeding ground of Aedes aegypti. The proximity of people to one another made it easier for mosquitoes to spread the disease.

The Angola Red Cross threw itself into a major government vaccination campaign, yet the epidemic continued. In part this was due to the scarcity of vaccines, but lack of communications played a significant role. Because vaccines were traditionally identified with women and children, men had not been specifically approached. “But the men were mobile for work and they were moving and trading, and this took the disease across the whole country and into DRC,” says the IFRC’s McClelland.

Through focus groups, surveys and feedback from the community, the Red Cross was able to counteract the situation and adjust its approach, while community workers and volunteers delivered crucial health messages that helped turn the yellow fever campaign around. The government expanded vaccination hours to accommodate men who had jobs — back in their village they might have been able to put down their tools for a few minutes and attend to their health.

People who migrate to the city bring along their rural traditions and customs.

When someone died of cholera in Haiti, for example, friends and relatives converged upon the victim’s house, coming in close contact with each other and encouraging infection. People would then go home and spread the bacteria throughout their own neighbourhoods.

Traditional burial practices in West Africa also involved visits from many relatives, as well as extensive touching of deceased bodies. Since Ebola is transmitted through contact with bodily fluids, the more people around, the greater the risk. Given the crowded conditions of West African cities and the lack of proper sanitation, Ebola was even more likely to spread there than in the countryside, where houses are more distant from one another.

Stigma also hampered the Ebola response in urban areas. Rather than admit someone had just died, families hid the bodies at home, fearing potential rejection from neighbours. When ambulance drivers went in search of the dead, they often came away empty-handed — or worse.

At the time of the Ebola epidemic, Roselyn Nugba-Ballah was a supervisor of safe and dignified burial teams for the Liberian Red Cross Society in Monrovia. She remembers the hostility.

“Our teams were often attacked and we had to bring police officers with us. One of my teams was chased with machetes, and another was kept hostage in their car. Sometimes when we found the bodies, they had been kept so long by their families that they were decomposing.”

“We did community engagement before burials, and we followed the entire traditional process — apart from washing. When we explained, local people began to understand why the tradition of washing was so harmful,” says Daniel James, who served as head of National Safe and Dignified Burials for the Sierra Leone Red Cross Society during the Ebola crisis.

By working closely with communities, volunteers and health workers in all these epidemics were able to claim victories and save lives. They spoke local languages, painstakingly outlined what should and shouldn’t be done, and debunked myths, for example, that illness was brought in by aid. Ultimately, they succeeded in upending the general lack of knowledge that can develop when people live in crowded and unsanitary conditions and in poverty, with few services and not enough information.

A thousand years ago, caravans travelled leisurely along the Old Silk Road that bisected Asia and Europe. Traders would inch forward, selling here, buying there, pushing towards the edge of their known world over many months.

Now, a similar trip takes only hours. In today’s globalized world, diseases that would likely die out in transit fly directly to their destination, fed through the airports that ring every large city.

All it takes is a single infected person, perhaps undiagnosed, to board a flight.

Globalization is one of the new frontiers of infectious disease, a threat few could have predicted only decades ago. The spectres of bioterrorism, anti-microbial resistance and the potential impact of climate change are equally new and even less understood. Even better-known diseases can harbour surprises: no one expected Zika to do such damage, after all.

“Since 2010 some 87 new infectious diseases have been discovered,” says McClelland. “Take Aedes aegypti, which likes the urban environment so much. That mosquito transmits Zika and dengue and chikungunya and yellow fever but potentially other diseases too, any of which could easily become the next epidemic and whose consequences we don’t know.” 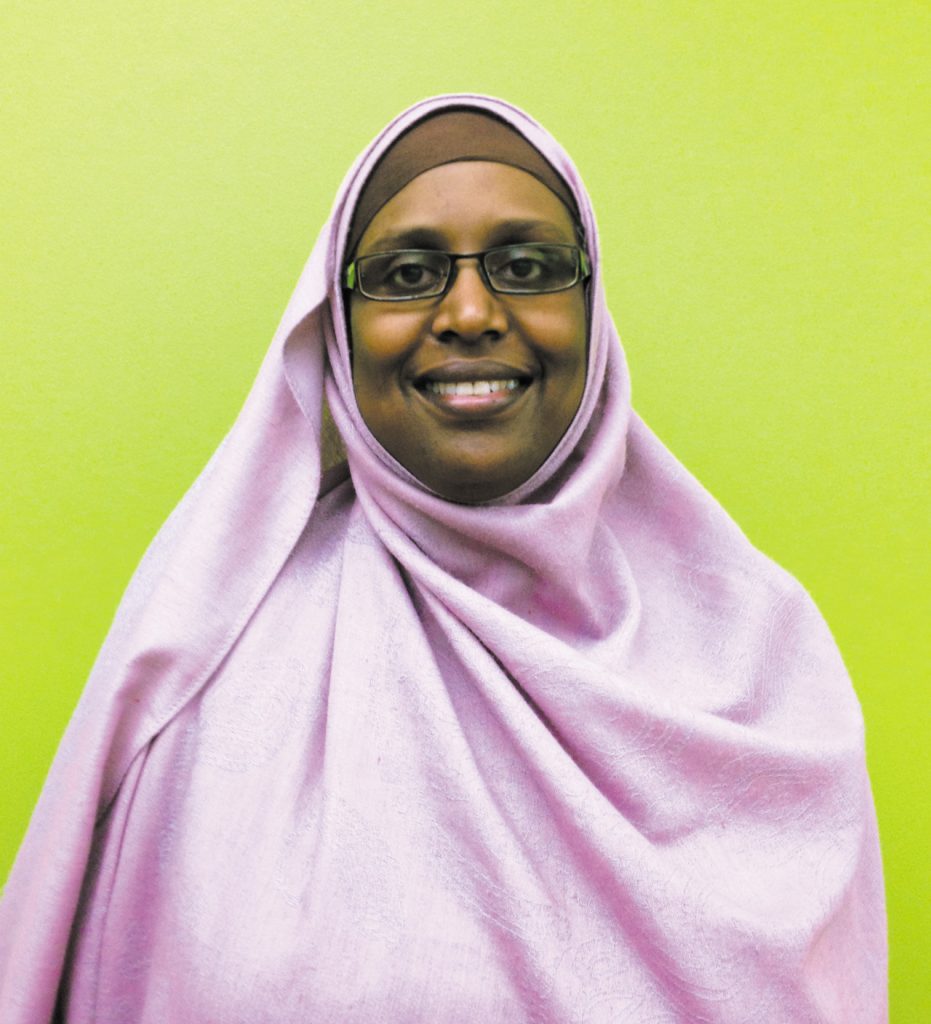 Even before conflict broke out in Iraq and Syria, people in the Middle East were suffering from severe water shortages as the past few years’ rising violence and record low rainfall have made access to an adequate quantity and quality of water increasingly difficult, according to a recent report by the ICRC. 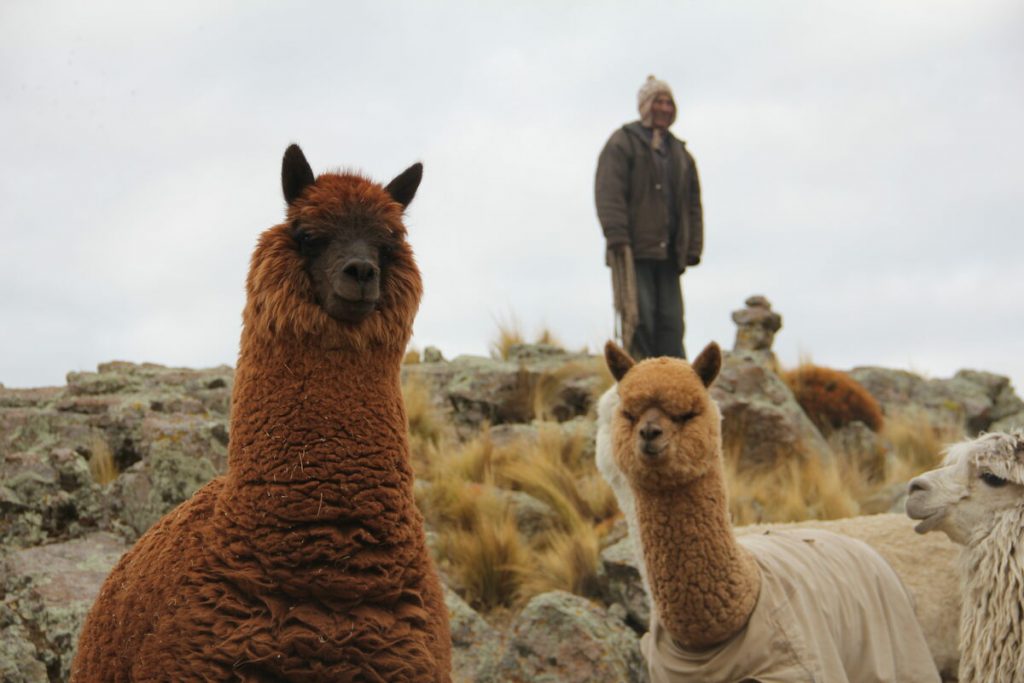