Medicine for the heart

A guided tour with IFRC President Francesco Rocca through an ancient city being rebuilt, the reform of the Italian Red Cross and the big issues he plans to tackle at the global level.

In the ancient Italian city of L’Aquila, the whine of power saws, the rat-tat-tat of pneumatic drills and the roar of heavy machinery come from all directions, reverberating through the mostly empty stone alleyways, made even narrower by scaffolding that shrouds nearly every building in the city’s centre.

The president of the L’Aquila branch of the Italian Red Cross, Teresa Marinelli, gestures across a public square, mostly vacant except for a few people and flocks of pigeons. “This plaza is where everyone would meet,” she says. “Before the earthquake, at this time of day, this would be full of people.”

The restaurants, windows boarded or shrouded, are empty except for workers in construction helmets. Above, a forest of construction cranes.

For Rocca, it’s an emotional day. Around every corner are reminders of the day — 6 April 2009 — when an earthquake destroyed much of the city’s centre and claimed 300 lives. “The streets where we are walking now were full of rubble, many buildings had collapsed,” he recalls.

Because many of the buildings were built during the Middle Ages, the reconstruction takes time. But the progress is encouraging, he says. “Looking at how many areas are under reconstruction makes me feel optimistic. This really is medicine for the heart.”

The 2009 earthquake was a formative experience for Rocca, who had began his job as Italian Red Cross president only four months earlier. He went immediately to the town and lived in a tent for the first months along with some 12,000 volunteers who came from all over Italy.

Rocca says he was deeply inspired by the depth of the volunteers’ commitment. “This is something you cannot forget, somethingvery moving, because they were also affected. Some of them didn’t themselves know about their own relatives. But at the same time they were so responsible.”

The new IFRC president returned on this due to sign a memorandum of understanding between the Italian Red Cross, city officials and the University of L’Aquila to establish an international training centre for civil protection and natural disaster response training. The agreement is a recognition that the city’s experience, the Red Cross response and other efforts have made the town a case study for local disaster prevention, response and management.

The experience was even more powerful because only two days before the quake, Rocca had been in L’Aquila, attending his first National Society general assembly as president. That year, by chance, the assembly was hosted by the local branch. One of the key issues on the table was the coming reform of the Italian Red Cross: a structural overhaul that included severing its operations from state control.

Prior to that time, the Italian Red Cross was a part of the public sector: its operations were funded by the state, there was no governing board and a president called the shots in Rome.

“It’s a complete U-turn, a change of perspective,” says Gabriele Belocchi, who serves as both national deputy for youth and the National Society’s vice president. “Before, it was top–down; now it’s bottom–up.”

For young people, the change was particularly dramatic. “Before, the youth structure was totally separated by the National Society. They had their own strategy that sometimes was not in synergy with the rest of the Red Cross.”

Even the uniforms have changed. Today, young volunteers wear the same uniforms as the other volunteers. Before the reform, the Italian Red Cross had six different uniforms, depending on a volunteer’s particular function. Now there is only one uniform for all volunteers, though two groups wear ceremonial uniforms on special occasions.  “The single uniform is a manifestation of the idea that we are one National Society,” says Bellochi.

People who lived through the process say it was not easy. Some 4,000 people were employed in te National Society when it was part of the public service. Even those who agreed with the overall goal were worried about their own futures, as well as the financial solvency of the National Society.

Ironically, the man pushing the reforms, Rocca, had been appointed by the state, which wanted to divest the National Society ue to its own financial pressures. A former prosecutor who had also managed large hospital systems, Rocca knew how to reform large systems.

For Belocchi, the pains of change paid off. “We are more independent now,” he says. “We can make our decisions and go into some theatre of operations where maybe the political systems wouldn’t want us to go.

“With the migration debate, there was a big discussion whether our military should go to save people or not. But we were already there, saving lives. We also play an advocacy role and it works better to be independent.”

And in terms of financial solvency? “When people see that you are truly independent and they trust how you work, they are more than happy to help. So maybe we have more money now than before,” says Belocchi.

Someone who’s been there

Rocca’s experience as a reformer could be useful in his role as IFRC president, supporting National Societies going through similar challenges. But Rocca says he doesn’t presume his experience in Italy applies universally.

“The lesson I learned is the importance of dialogue,” he says. “It is the right tool in which you can engage with people and help them embrace the change. Every decision comes after you listen because sometimes there’s something you are not seeing that is happening on the ground that you need to take into account.

“So it’s not about to taking my experience and bringing it perfectly to the IFRC. It’s more about the way we engaged — through dialogue,” he says.

There’s no one-size-fits-all approach for the Red Cross Red Crescent’s diverse network, he says, adding that he wants to avoid what he sees as the mistaken Western or Northern international approach of trying to dictate solutions.

“I can give long list of historical examples in which the presence of other National Societies and the international parts of the Movement during a crisis has left the host National Society weaker than before the arrival of these international organizations. Can we be humble enough to admit this?

“So we have to completely change the way we work together. In the last few years, this has started to change but it’s not enough,” says Rocca, who can speak from experience: the Italian Red Cross has strong international operations and is involved in overseas operations from Bangladesh to Syria.

Along similar lines, Rocca is a firm supporter of localization, a cornerstone of his campaign for the presidency. “But localization does not mean diminishing the role of anyone in the Movement,” he adds, noting that the international contribution, particularly during conflict or major crisis, is critical.

Getting the balance right for each scenario, he says, will again be an issue of dialogue. But localization will not be the only issue for which serious dialogue is needed. As president of the IFRC, Rocca will need to bring direction and consensus around numerous controversial issues, from migration to climate change. Internally, he hopes to further dialogue on issues such as improving gender balance in leadership, giving volunteers a greater voice, and “putting integrity on top of our agenda”, a key promise of his election manifesto.

Rocca takes the helm of the IFRC at a critical time. The rise of the #Metoo Movement, followed by a range of scandals in the humanitarian sector of alleged sexual harassment and misuse of funds have added urgency to the demand for greater transparency and integrity throughout the sector.

One emblem, one Movement

Some of these issues have touched the Movement. In the months leading up to Rocca’s election, the IFRC revealed it had discovered that large amounts of money had been misappropriated from its 2014–2016 Ebola response by individuals (including an IFRC staff member) in Guinea and Sierra Leone.

“Stealing money in a situation in which the people are in desperate need is unforgivable,” Rocca says. “The lesson learned is that, first, we have to ensure we have systems in place so we are the first to detect the fraud — which we were in this case.

“But we need to increase our capacity to detect these cases and increase the role of our risk committee and team in Geneva working on corruption and fraud cases.

“And when necessary,” he says, “we need to be tougher [on individuals or National Societies that violate the Fundamental Principles]. We have to be ready to protect the dignity of the Movement. But we also we need to speed up the process of investigation and take care of any cases of breach of integrity.

“The Compliance and Mediation Committee is doing great job but we need to increase its funding so it can better fulfil its role and mandate.”

But he also emphasizes that National Societies who need help will get full support from Geneva. “We in Geneva can play an important role in supporting change,” he says. “For us in the Italian Red Cross, the support we received from the IFRC and the ICRC was very important. They engaged with us and the government and members of parliament to respect our independence even as we remained an auxiliary to the government.”

For Rocca, much of the challenge ahead has to do with trust — a central part of his election manifesto. “We do this by increasing the tools that allow us to be more transparent,” he says. “We must be able to trace every franc or dollar we spend on the ground.

“We also need to create a different culture so that every leader, every secretary general is aware that any damage created at the local level can be spread all over the world by social media in one second — the emblem is one.” 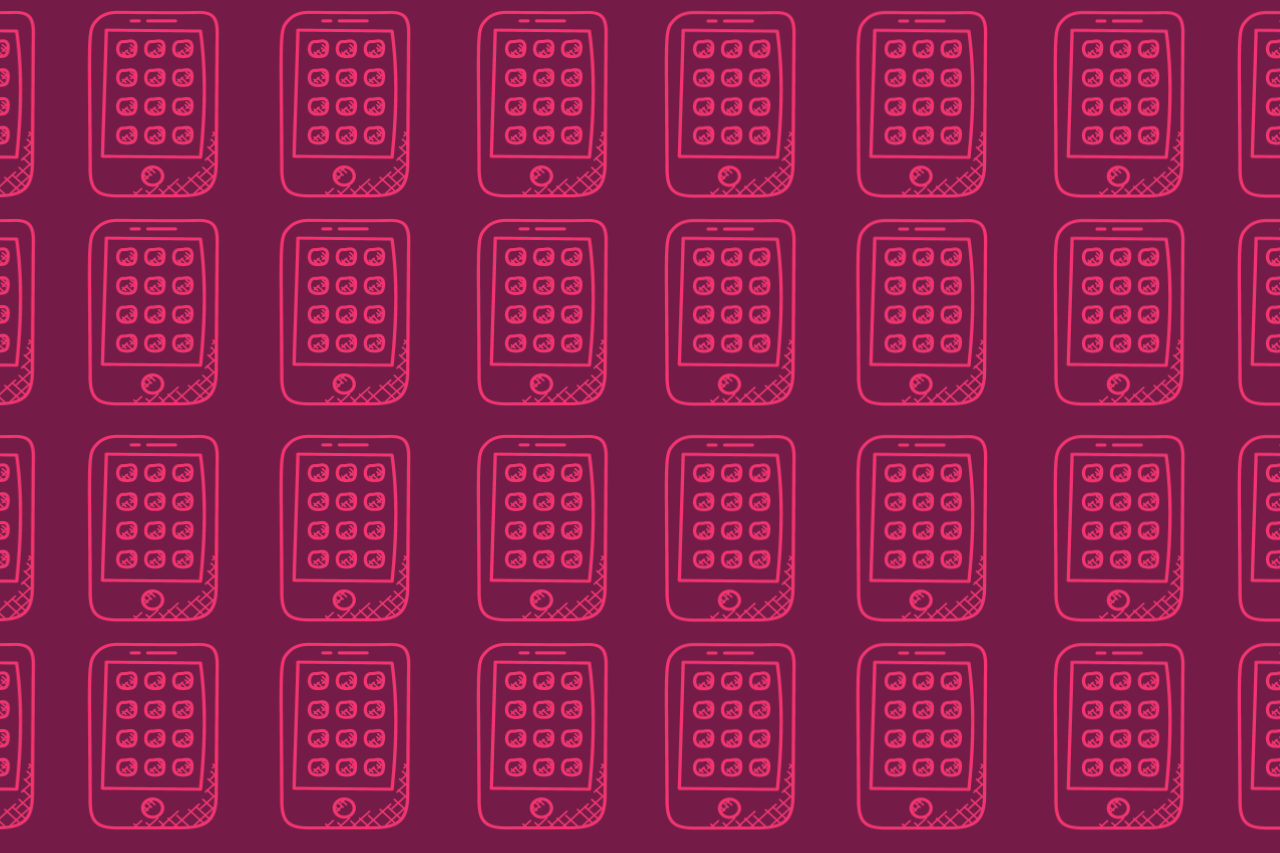 You may want to try…

Is it still possible to lose contact with people in the digital age? How does technology impact tracing services to help people find someone who has gone missing? 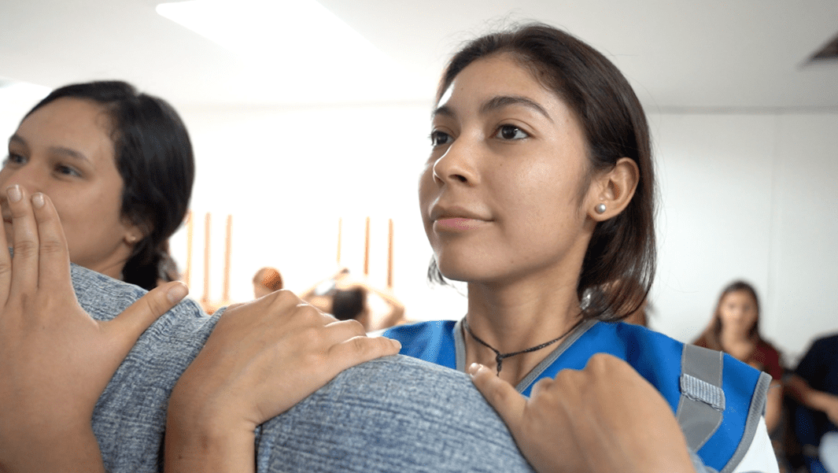