Seeing the world, and helping others, through science

As a biologist who responds to emergencies for the Spanish Red Cross, Eva Turró has found her place in the humanitarian world, raising awareness about the life-saving link between health and hygiene in the wake of calamity.

For Eva Turró, science has almost been about much more than a career. Her passion for biology has allowed her to see the world with different eyes, to understand, respect and take care of the environment and the people around her.

Born into a family of doctors, she remembers as a child watching her grandfather helping families as a medical practitioner in her hometown in Barcelona, Spain. While medicine became a tradition in her family, she chose to learn about humans and their interaction with the world through a different lens.

“I thought that it would be a good idea to try and help people from a biological perspective,” says Turró, who most recently used that approach in her work as an emergency response delegate for the Spanish Red Cross in Mozambique and Honduras following devastating storms in 2019 and 2020.

Eva’s first international emergency response with Spanish Red Cross was 2019 Cyclone Idai in Mozambique. Her role as hygiene promoter allowed her to work with communities to improve water and sanitation practices in order to prevent diseases caused by polluted water.

In the flooding, devastation and disruption that comes after major storms, the household and neighborhood ecosystems that maintain people’s lives is turned upside down. Clean water is suddenly hard to come by. Washing and going to the bathroom can’t be done in the normal way. People are stressed, hungry, sad and they may have to stay in homes or shelters with many others.

It’s a biological environment where diseases and bacteria can thrive and easily spread.

Eva’s job is to use her knowledge of the natural and human world to help people in these situations understand the science and take steps to keep themselves safe. “I get to go into communities and have the chance of explaining things scientifically,” she says. “Things like ‘Why is hand-washing important?’, ‘Why do we need to prevent diseases like diarrhoea?’ and ‘Why is it important to treat the water?’”

Her knowledge comes in very handy when helping these communities find or restore access to clean water and sanitation systems, as well as encourage coping tactics that prevent the spread of diseases such as diarrhoea, cholera or other infectious diseases.

The path of science and humanity

While Eva’s desire to help others began at an early age, her particular path became clear after she finished her studies and spent some time traveling. She soon realized she could also help people far from her hometown of Barcelona and so she opted to do something in the humanitarian world. One way to do that was to connect her desire to help others with her scientific leanings.

Her first international assignments were as hygiene promoter in Mozambique after cyclone Idai in 2019 and in Honduras after two hurricanes, Eta and Iota, smashed into Central America withing two weeks of each other in December 2020. Those two storms caused widespread flooding affecting more than 7.5 million people in the region, of which 4 million are in Honduras.

“We worked to reach communities and shelters where people have found refuge after the hurricane,” Eva says of her work in Honduras. “Not only through awareness-raising activities, but also distributing menstrual hygiene kits”.

Eva Turró comes from a family of caretakers. She found her own way to help others through the lens of biology, helping people stay safe from infectious diseases following devastating natural disasters.

“To listen to the life stories from all over the world … To go anywhere in the world, not just as a traveller, but to help others…This is invaluable”.
Eva Turró
Emergency response delegate, International Cooperation at Spanish Red Cross

Eva’s scientific background has allowed her not only to share what she has learned as a biologist, but also to learn from others and form real bonds with people from many different walks of life.

“To listen to the life stories from all over the world … To go anywhere in the world, not just as a traveller, but to help others…This is invaluable”.

After hurricanes Eta and Iota in Honduras, the Spanish Red cross focused its response through mass sanitation and hygiene promotion activities. Not only by raising awareness but also by delivering menstrual hygiene kits for the affected population.

When lightning strikes twice (or even three times)

The Covid-19 pandemic is forcing a critical examination of how communities and countries prepare for multiple, overlapping crises. Here are a few lessons the Japanese Red Cross Society learned after the triple disaster of earthquake, tsunami and nuclear plant meltdown ten years ago this month.

In places where conflict or crisis means basic services are scarce, the use of data is saving lives. But protecting people’s physical well-being, experts say, is also about protecting their digital profile in cyberspace. 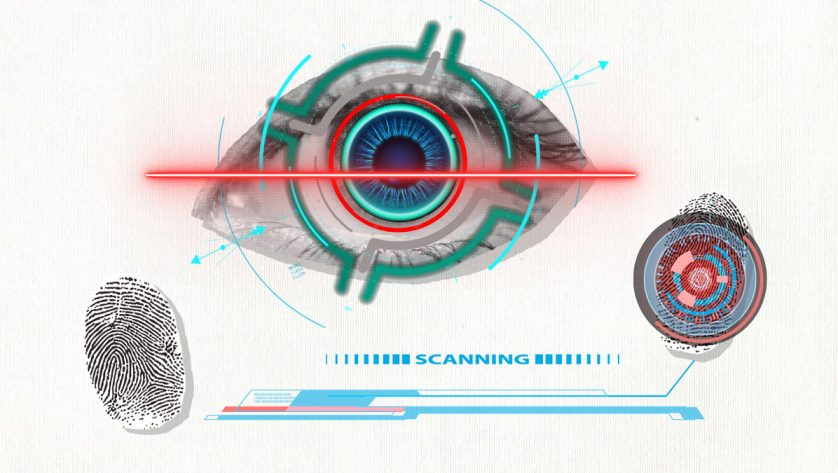 As humanitarian groups have rushed to embrace new technologies, biometric data such as eye, finger and palm scans have become a common method for humanitarian organizations to track aid during emergencies. But is the humanitarian sector fully ready to protect this most personal form of data?

Join our newsletter to get a regular roundup of stories from Red Cross and Red Crescent.