Chris Dolan is medical doctor and director of the Refugee Law Project, based in Kampala, Uganda. His work with survivors of sexual violence there has made him an internationally recognized expert on sexual violence against men.

The day is coming when humanitarian workers in the field will assume that any person, be they female or male, child, elder, youth or adult, may be a survivor of sexual violence.

Appropriate responses, protection and prevention mechanisms will be in place to address the needs of these survivors, of whom one in three is likely to be male. This calculation may come as a surprise to some. But it is underpinned by many historical examples, such as the rape camps in Bosnia and Herzegovina in the 1990s, in which an estimated one-third of rape survivors were male.

Newspaper articles on the issue will no longer talk as if they were revealing a long-hidden secret. Training sessions on working on gender-based violence will systematically walk participants through the spectrum of specific needs of survivors of both genders, be they physical, psychological, social or political.

Why? Because the silence shrouding this taboo topic is being broken for good by manifold situations in which the sexual nature of violence — including torture — against men and boys is increasingly documented and undeniable. Conflicts in Bosnia and Herzegovina, Central African Republic, Democratic Republic of the Congo, Iraq, Libya, Sri Lanka and Syria, to name but a few, have all created numerous male refugees who flee following multiple forms of sexual violence only to fall into a response void.

Re-analysing men’s torture testimonies from the past, as has been done for those given to Peru’s Truth and Reconciliation Commission, has revealed many to be testimonies of sexual violence. The torture done to Iraqi men detained in Abu Ghraib was undoubtedly sexual violence, as is much of what was previously thought of as torture in Libya, Sri Lanka and Syria.

Gradually the field of gender-based violence is being reshaped to reflect these realities. Humanitarian agencies are recognizing the needs of men and boys that should be encompassed alongside those of women and girls.

Rapidly evolving technology, and the magnification of survivor and activist voices that it enables, plays a key role in accelerating the demise of a fixed ‘male perpetrator, female victim’ binary; digital cameras, smartphones and rapid circulation of data disclose instances such as Abu Ghraib in a manner that was previously unimaginable.

Survivors and their allies are using this to bypass the resistance of institutions built on an understanding of sexual violence as something affecting women and girls alone, and significantly contributing to a new evidence base.

The current practice of many gender-based violence experts in ignoring the one-third of sexual violence survivors who are male is wrong and does nothing to advance the cause of gender equality. We need to find the political will to get back to humanitarian principles of serving the most vulnerable regardless of age, sex or political opinion and to think forward to what is required for evidence, rights and needs-based interventions.

Most urgently, humanitarians must adopt inclusive understandings of gender-based violence and roll out training and awareness-raising that reveal how sexual violence is hidden by blanket terms such as ‘torture’. This evolving understanding must fill the prevailing knowledge gap about the diverse forms of sexual violence.

Such work does not mean diluting existing efforts to work with women and girls; rather it demands that we seek and get the financial and human resources for a major step-up in our response capacity to all survivors of sexual violence.

Previous
Suffering worsens as fighting continues in northern Nigeria
Next
Comfort after tragedy, with help from technology 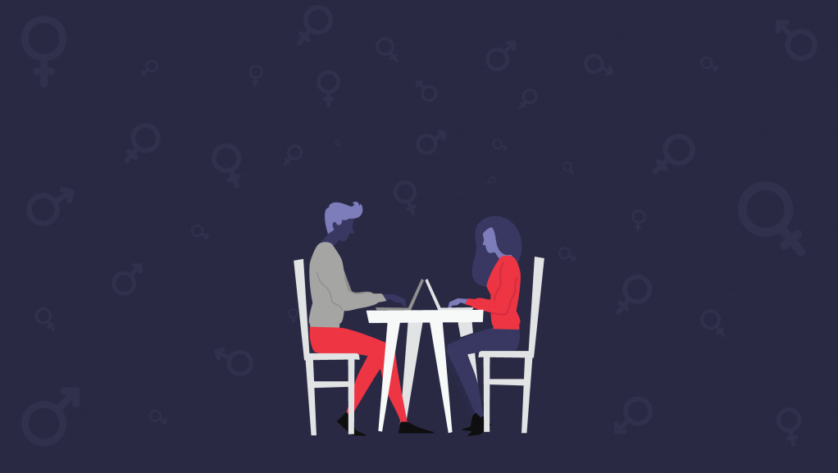 A reactive, emergency mentality. A reflection of society. Lack of political pressure. These are a few of the reasons why gender disparity persists in the humanitarian sector.