I imagine the onward journey this child will make. Along the way, will he be held in the arms of an Austrian Red Cross volunteer? Will he receive a meal from the German Red Cross or get medical care from another National Society, depending on where his family goes next? Perhaps they have already been helped by the Movement, in the country from which they fled or somewhere else well before landing in Europe.

Along heavily travelled migration routes in Europe and beyond, the Movement’s direct, front-line assistance and compassionate response make a powerful statement: whatever their current legal status, people fleeing conflict, persecution, poverty or natural disaster deserve to be treated with humanity. Fortunately, many others also take this stance. Moved by images and news of desperate migrants, people around the world have stepped forward to help weary, tired and hungry migrants.

Earlier this year, the world was deeply moved by another image — the photo of a migrant child, a Syrian boy named Aylan, who drowned in the waters between Turkey and Greece. This tragedy shocked the conscience of many, inspired even greater empathy for migrant families and helped change the tide of public opinion. It even helped shift migration policy in certain countries.

Still, discussion at the international level too often focuses on securing borders, rather than on understanding the causes, providing long-term solutions and offering a humane response. People fleeing for their lives from cities destroyed by bombs or escaping persecution, starvation or the aftershock of natural disasters, will always seek new pathways to safety. If legal avenues to migration are increasingly restricted, those routes are likely to become even more dangerous.

Earlier this year, the Movement launched the Protect Humanity campaign (#ProtectHumanity) in which we ask people around the world to join our call for the protection and dignified treatment of people along all migratory routes. We will present this call to states gathered in Geneva, Switzerland in December for the 32nd International Conference of the Red Cross and Red Crescent, a global meeting convened every four years to discuss critical humanitarian concerns and concrete proposals for reducing human suffering.

What are we calling on states to do? Along migratory routes, governments must take the necessary steps to protect the safety, well-being and dignity of all migrants, regardless of their legal status. Migrants must have full access to humanitarian assistance, while states must be prepared to search for and rescue people in distress at sea and work harder to protect and assist victims of human trafficking.

Asylum seekers must have access to fair and efficient processes for determining asylum claims, as well as medical care and the means of staying connected with their families. Public officials, meanwhile, must clearly articulate their rejection of violence, xenophobia and discrimination against migrants. Finally, everyone concerned must work together to find political, economic and social solutions to address the root causes of forced migration.

As a global humanitarian network, the Movement is present in countries where conflict, chronic instability, poverty and natural disaster force people to flee their homes in great distress. What we see in these places tells us that we have much work to do to prevent and reduce suffering and to protect vulnerable people, wherever they may be.

We must also work together much more effectively — in countries of origin, transit and destination — to place human beings at the centre of our collective response. Together, we can greatly diminish the despair along dangerous migratory routes and even put an end to these devastating photographs of shipwrecks and drowned children. Sign the petition at #ProtectHumanity or www.ifrc.org/protecthumanity and join our call for a safer and more humane world. 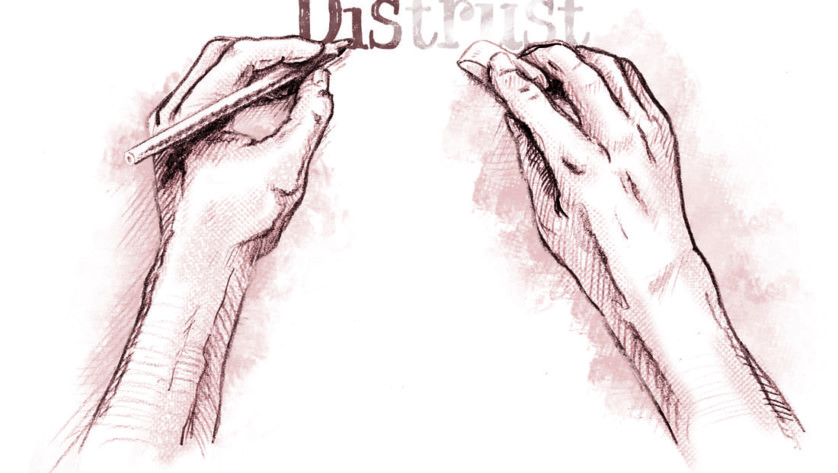 Laws aimed at limiting support for groups considered as ‘terrorist’ are having unintended consequences on humanitarian aid .