In their own words: what daily life looks like for people living in the shadow of trauma.

People living through major emergencies or conflict are often coping with multiple, overlapping traumas. A 30-year-old father of two from Daryia, Syria, Mohamed painted furniture for a living when, in 2010, he fell from a roof, breaking two vertebrae and paralyzing his legs. When his health declined and the war intensified, he and his family fled to Lebanon, where the challenges of his paralysis, a worsening case of diabetes and the disappearance of his brother in Syria contributed to a deep despondency.

Ironically, another tragic twist of fate finally brought Mohamed some comfort. After slipping in the shower and breaking his thigh, an ICRC doctor helped him manage his diabetes and referred him to an ICRC psychologist. “In two sessions I let everything out and felt much better,” he says. “After four sessions, I was able to overcome many challenges. Hopefully I will be able to overcome the rest in the near future. I dream of walking as I used to. I would take my kids outside and play with them the whole day.”

“I would spend the whole day lying down, just staring at the wall. They would be talking but I’d say nothing. My mother would ask me, ‘What is it? Are you ok? Why do you do this to yourself? Talk to me, answer me.’ I kept silent.

I was so scared, and very bored. I had low blood sugar, and I couldn’t even sit up. I was lying down the whole day, not talking at all.

Before the accident, my condition was really good. I had a shop, a car, a house. I was friendly to everyone. Now, I get angry a lot.

I worry at night. I’m always thinking so I don’t sleep well. I don’t bring up these ideas, they just cross my mind.”

Care for the community

Nadezhda Ivanovna, 81, remembers when people in her neighborhood used to gather in her yard — for holidays or for no reason — and drink tea, laugh and gossip. “Now it’s every man for himself,” says Ivanova, who lives in the Mayorsk Donetsk region of Ukraine with her husband Vladimir. Already suffering great hardship from the war, elderly people such as Ivanovna are especially cut off from comfort.

Ivanovna says regular visits from Ukrainian Red Cross volunteers ease the social isolation and sorrows of elderly people — many with limited mobility due to health problems. “We always get so much tenderness, affection and attention” from the volunteers, she says. “We talk about different topics, we sometimes gossip… life is boring without it!”

Before the conflict, everything was fine. I felt great. But due to my shattered nerves, I lost my good health. It all happened as the shooting started.

Everything has changed with the conflict — our mood, our health, our attitude to life. We used to live in peace. Now we are isolated and cannot go anywhere. I am the kind of person who is not afraid of anything, but now my nerves can’t stand the strain.

We miss our relatives so much, but we cannot just go and visit them. We need to go through two checkpoints on both sides of the front line. Recently, we haven’t been able to even call them.

The symptoms caused by traumatic events vary widely. Knowing that these reactions are normal can greatly ease people’s mind. For Veronika, the after effects of trauma came in the form of what she described as a voice inside her head, urging her to run. It all began when Veronika was grinding sorghum outside her home in South Sudan, when she heard gunshots and ran.

After finding safety in a refugee camp, Veronika joined a counseling group for women organized by a local women’s development group. There, she learned techniques for dealing with stress and realized that her reactions were normal for someone who had been through such a trauma. Eventually, she says, the voices stopped. “I no longer run like I used to.”

“Everyone in the village started running. I wanted to hold the hands of my children, but they ran away in different directions and they pulled their hands away from me. I thought that if I lose them now, I may never see them again.

Somehow we managed to stay together. I called my husband, but he told me to run alone. We ran with what we could collect: plastic sheets, clothes and the flour I had just been grinding. We went to hide in the bush.

After one and a half months, we decided to go to Wau. This is when I started hearing someone in my head, telling me to run. It could happen at any time, when I was going to the market or going to meet someone. When I stopped, I used to ask myself: ‘Why was I running?’ Some people called me crazy.”

For people in detention, stress, depression and strong emotions are part of daily life. But there are few positive outlets. Consider the case of Maria, a 29-year-old mother suspected of having links to an armed group and being held in Taguig City Jail, in Metro Manila, the Philippines. Arrested in 2014 when she was 4 months pregnant with her second child, she was allowed to keep her son with her for 9 months. But the ultimate separation and the uncertainty of her future (her case has yet to reach trial) takes a psychological toll.

To deal with the isolation and grief of being separated from her chlidren, she joins ‘therapeutic communities’ offered by jail authorities, where detainees  talk, sing, pray or do handicrafts. The ICRC helps detainees like Maria stay connected with their families and works with the judicial system on reforms to help process cases more efficiently and improving prison conditions.

“It was really tough because while we were still in the hospital, I had hopes that I would soon be released so I wasn’t prepared (for the separation). I had to request to be transferred from the isolation ward to a regular cell because there were too many memories in there. That’s when I started making beads. Since then, whenever I have time to spare, I pick up the beads.” 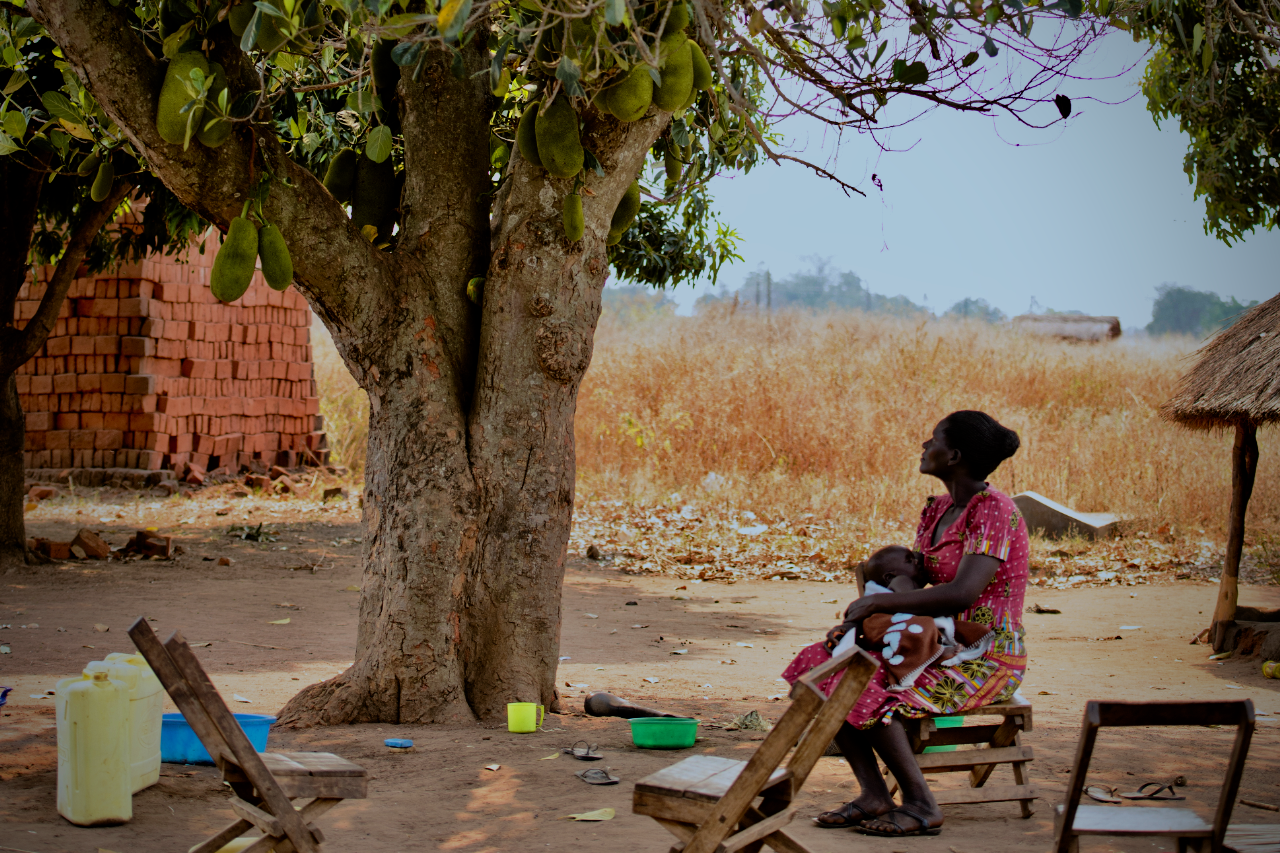 Is psychological support as important as food and shelter during times of crisis?

Read here why it is important to care for mental health in emergencies. 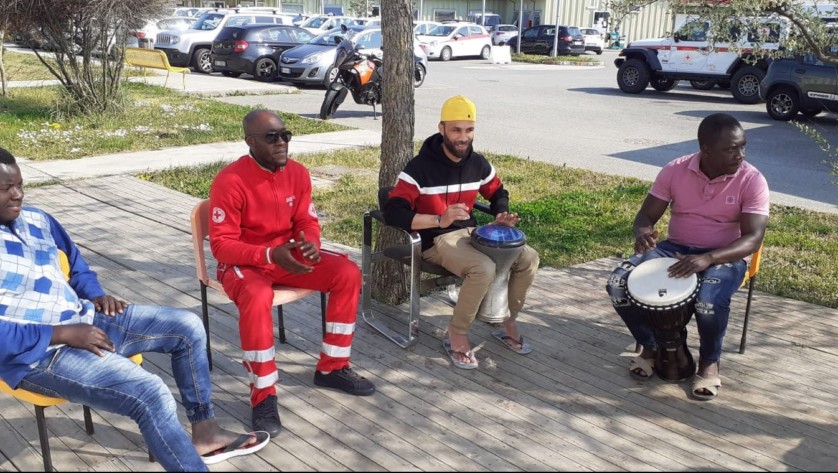 Refugees and asylum seekers speak up to stop COVID-19

Refugees, migrants and asylum seekers often become “cultural mediators” to help other newcomers deal with challenges such as COVID-19.