‘I can put myself in their shoes’

Conflict forced Walid from his home. Now he helps others living through the same situation.

Looking for safety, Walid and his family made the hard choice to leave their home and all their belongings behind. They even had to relocate twice until they found a new place they could call home.

Now, Walid works as a social researcher at the Community Centre for the Displaced in Saada, a small town in north-western Yemen. It has become much more than just a job, he says, since he can help many families going through the same ordeal that he and his family endured.

Standing in front of the ruins of a destroyed house is Saada, Walid remembers when his home in Sanaa got destroyed by a nearby air strike.

“It was almost 1:15 in the morning when we escaped from our home,” he recalls. “Our house started to crack and nearly all of it collapsed. At that moment, we made up our minds to go live somewhere else”.

Trying to move on with his life and bring stability to his family, Walid found an opportunity to volunteer with the Yemen Red Crescent Society.

For more than two years, he worked as a field researcher in the city of Saada, where he discovered his passion for humanitarian work and helping people in need.

Now, Walid works as a social evaluator at a centre for people displaced by the fighting, doing field work in the city of Saada and helping register people in need of humanitarian aid.

Since the conflict broke out, thousands of families have lost their properties and nearly 4 million people have been forced to leave their homes to find safer places to live across the country. The Yemen Red Crescent, among other organizations, provide support to about 7,300 people in Saada who have been displaced by the conflict.

Being displaced himself has helped Walid understand the needs of people he serves. “I was very happy to have this job because as I evaluate other displaced people, I can put myself in their shoes,” he says. “Sometimes when I and the team go to meet with the families, I can feel immediately what their needs are before they even begin to speak”.

After an eight-hour shift, Walid comes back home and receives a warm welcome from his two kids – a 12-year-old girl and an eight-year-old boy.

Due to the ongoing conflict, Walid’s family was forced to move twice before they found a safe place to live. They are far from alone. Since the beginning of the conflict, almost 13 per cent of the Yemeni population has faced the same situation. On top of that, more than 3 million people live in flood-prone areas. In 2021, the Yemeni Red Crescent provided shelter material, food and personal hygiene kits to more than 53,000 households across the country. They also delivered services such as psychosocial support, cash assistance and food to more than 284,000 people through the Community Centre in Amran, a city northwest of Sa’ana.

Disasters like floods and droughts have only made matters more difficult so providing access to basic services like water and sanitation is crucial. The Yemeni Red Crescent provides with clean water to 6,692 households – an estimated total amount of more than 46,800 people in different districts of Yemen. 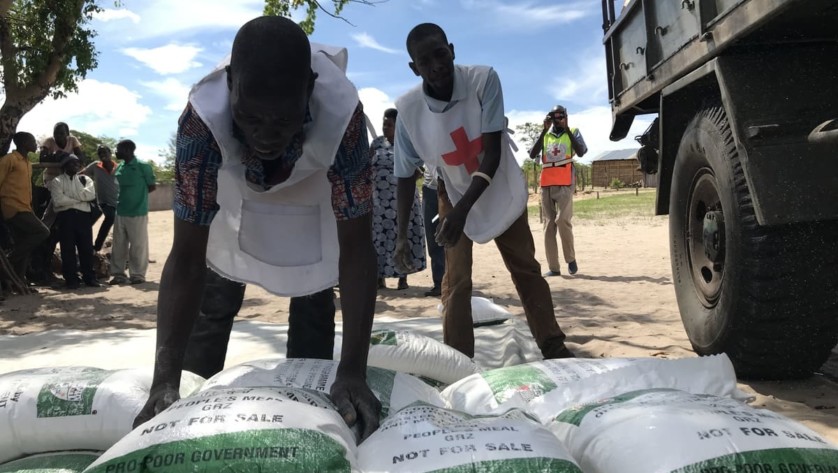 IFRC’s Michael Charles explores the challenges of a life-or-death choice for African families.